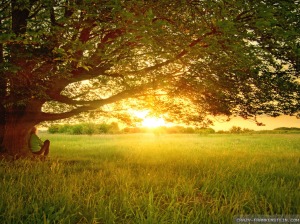 “Ours is not the task of fixing the entire world at once, but of stretching out to mend the part of the world that is within our reach.”― Clarissa Pinkola Estés

As the doors closed behind us last week, we had no idea when we’d be let back in. We were left to our own devices, left the writers to theirs with the arts supplies, paper, and promise to come back when they let us. We sat in the lobby and waited, chatted about the state of the world and how official the CO’s looked. They were doing a fire drill at CRCF and all the volunteers had to be evacuated.

As we sat on the other side of the wall, waiting to be let back in, I thought about what I’d wanted to do with the group that night, what I had expected, and how strange it felt for the small world of the group to go on without us. We’d gotten a letter that evening from a former inmate. She wished us well and thanked us for the safe space. That was the space I wanted to be in. We were doing an art project that night, making paper doll representations of the intuitive voices that guide us. My voice called both from the inside of my chest and the prison, back to the circle of writers while the CO’s mimed fire and the women wrote and crafted.

Clarissa Pinkola Estes would call this wanting a door, my own device to be tinkered with until it revealed a lesson, a lack of presence, the cogs turning in my experience. It is a privilege to want to go in the prison knowing I would be let out, a privilege to be witness to another person’s words and process of struggle and growth. I’ve grown accustomed to the mechanisms of hope in their writing and conversation. I bring paper, pens, a handful words and receive their stories. By the time we were let back in, I was hungry for them, hoping to see what they’d made. We share something as nourishing as a meal in this emergent creative space. We can only make it together and, this time, I was barred from it.

They continued on without us. When we were let back in, they’d each made something. One woman made a card for her girlfriend, another, a doll of her husband as a ninja warrior. One writer made an image of himself with a striped shirt and spiked hair, unbound by a prison uniform, the words “What would you have the strength to face?” emblazoned on the forehead. Our last writer made herself a “super-grandmother” with pointy shoes, purple hair, and intuitive antennae over wide-open eyes. They were sharing, and chatting, giggling as they added the last details to their dolls.

It was good to be let back in, to help pick up the scraps of paper, hear scraps of conversation, that it took so little to be fed.

Here’s a few words from a former inmate. She’s doing well and extends this circle of gratitude outside of our time with her.

It has been 5 months o-u-t for me already and I am sorry not to have written sooner. I really wanted all of you to know how much the safe space of your writer’s group meant to me. Even through all my PTSD/panic attacks and all the unknowns of my court case, all of you were something that I knew for sure I could count on. You all showed up for us every week even during the holidays! And though I did not read out loud hardly at all, just the chance to be in a place that safe for my creative outlets in such an overwhelming place of unknowns–well, it is as you all are: priceless sanity.