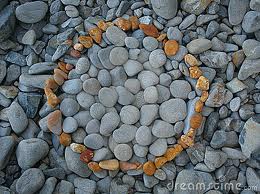 The heart is able to forgive and repair.
It can change its shape to let us in.
It can expand to let us out.

– From I was there in the room Eve Ensler

Over the course of the past three months, we’ve participated in a group conversation on self-acceptance. That means acceptance of everything: bodies, histories, flaws, and beauties. Sometimes to do that, we need something to jar the system, to shock us into knowledge of ourselves that we didn’t know was the there: un-captured by even the imagination, the unknown unknowns.

Last week, I brought in a monologue from Eve Ensler’s The Vagina Monologues. It seemed like a natural step or an initiation. I would say vagina a bunch of times out loud. We would talk about our bodies with new words, with reverence. We would know ourselves in a new way. Or we would at least try it out.

The responses were pretty mixed. There were moments of really deep awkwardness. Some women giggled, some averted their eyes. Most refused to offer a line they appreciated from the piece. One even said, I really can’t take this seriously right now. As we moved into the writing section, some women even left the group. They were respectful. They told me that there was too much going on and they needed to step out until next week. I let them head back to their houses feeling as though I was not going to try any of this again.

Then something great happened. Those that remained shared their writing. It was just a couple women, but it was women who had never shared before. In the jarring of the system, there was a little more room for their words. They took advantage.

I realized afterward that response to something new can take many forms: laughter, discomfort, fear, crying. All of these are reasonable and respectful forms of expression. We met each other where we were each at and even if the group narrowed for the night, more women were able to speak. Ensler’s shocking but necessary words made room for them. Below, you’ll find them, as lovely and challenging as they are.

When a piece of your body is torn from you, it doesn’t grow back. The pain never dies, the nausea from how much it hurts never gives you rest.

When the blood that you bore from your own body is stolen from you, no amount of sorrow can ease your anguish, no amount of hate can un-do what has been done. The blood is sacred. If someone took one of your limbs, would you go away calmly and never speak of it again? If someone cut you open and stole three pints of you blood, would you wait for your body to rejuvenate, then move on? If someone stole your voice, would you give up communicating? I did. But then I remembered; I may not feel that I am worth the fight, but the piece of my body stolen from me is and the blood he stole from me is worth more than anything I have to offer and though my voice may have been taken, I WILL NOT BE SILENCED. Not anymore.